I recently rented the Canon 5D Mark III for 10 days to take on a vacation and thought I’d share my experiences here. So many people have already reviewed the camera that I’m not going to put it through the same technical paces, so this review is generally regarding what I liked and didn’t like. I also provided the customizations of the camera that I made to it, in case anyone finds that useful.

If you read nothing else beyond this sentence, this one word sums up the camera: remarkable.  I’m comparing this to my current 7D to provide a frame of reference for those familiar with Canon’s current lineup (as of mid 2012).  My only regret with my shooting is not having an ultra wide angle lens that works with the 5D III; the widest EF lens I had along was 24mm. I would have liked to have the 16-35 f/2.8 II or the 14mm f/2.8L II. 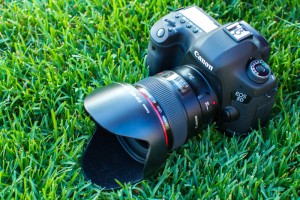 The ISO range of this camera (usable up to 12,800 with three more sort-of usable stops above that) opens up a world of possibilities. Shooting at f/16 and getting crystal clear photos in less than ideal light is easily possible. Or, shooting a sunset hand held at f/1.4, ISO 12,800 is possible while still getting very usable image quality; I actually did that, and you can see the result here.  Generally, image quality is significantly better than the 7D once I get above ISO 400 or so. Even at ISO 100, there is an extra sense of sharpness and presence in photos taken with the 5D3 vs the 7D.  My primary complaint with the 7D is noise in the image; the 5D produces super smooth images at most ISOs.  Adobe Lightroom goes a long way to fixing noise with the 7D’s images, but that only can be taken so far.

One change that was made from the 7D that I’m not sure about is the position of the zoom button (the magnifying glass button right above the image playback button). While I like that it can be set to zoom to 100% on the focus point, its position takes some getting used to compared to the zoom button on the upper right side of the camera like the 7D.

When I got the camera, the following are the settings I changed to customize the camera to how I use it. 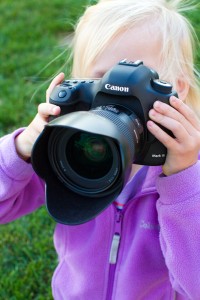 Below is a noise comparison between the two cameras at ISO 100 for the 7D, ISO 125 for the 5D3. Click to enlarge the samples. These are 100% crops of the sky. Unfortunately, the 5D3 picture has more clouds in it than the 7D did, but check out the smoothness of the 5D3’s sky compared to the 7D. These are both crops of the camera-generated JPGs and have not been processed in any way other than to crop them. There are two separate pictures followed by a single photo with the two images side by side in a single file. 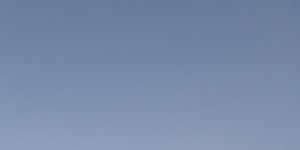 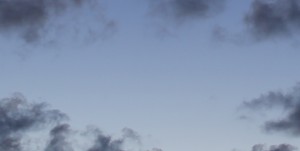 To wrap this up, I would like to get this camera as soon as possible, though I’m holding off because it sets off another tidal wave of lens purchasing for me: 85mm f/1.2L II, TS-E 17mm f/4 L, 8-15mm f/4 L USM Fisheye, 24-70 F/2.8L II USM, 24-105mm f/4 L IS USM, 14mm f/2.8L II, 16-35mm f/2.8L II. The main reasons I like the camera are: quiet shooting mode, full frame image quality, minimum shutter speed in Av mode, the remarkable 61-point autofocus system, the repositioned DoF preview button (which I reprogrammed to switch between one-shot and AI servo AF modes), dual memory card slots for instant backups, and the large, bright optical viewfinder. Compatibility with my 7D batteries is a nice plus, too.

Any questions, please let me know, and I’ll try to answer them.